We're aiming to release V0.05 of Malise and the Machine on September 10!

This means that Patreon pledges will be processed at the end of August / beginning of September.  This will be the last update before we switch over to the new campaign model (unless Patreon for some reason hasn't rolled out the instant charge feature for all creators yet).  This will likely occur sometime in October. 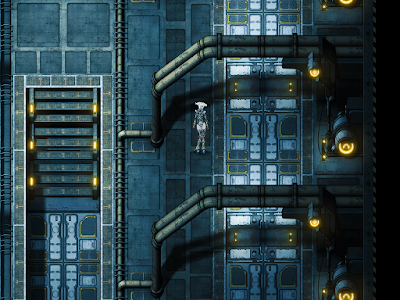 Work on V0.05 is going great, and all of our work is surpassing the quality I could've expected.  Naturally, we'll be down to the wire as far as getting in everything we want to, but at this point I'm pretty sure that's the price for pushing our creative limits.  Here's a quick rundown of the major accomplishments since the last post:


We're basically on track toward accomplishing everything we set out to for V0.05!  Probably more than any other release this one will resemble an iceberg in that what you see is a small fraction of the work done to improve future releases.  Expect a more detailed list of all the features (front and back-end) once we get closer to the release, but in the meantime feel free to ask any questions!

Lastly, I want to mention that we got a lot of interest in the community manager position I mentioned awhile back, and I want to thank everyone that took the time to talk to me.  I decided it's best for us to get a feel of how the community environment and task requirements will change once we move to the new campaign model before bringing someone on, since part of the goal of the new campaign model is to reduce workload related to distributing rewards.  It's likely that the position will more heavily involve promotional work because recently there's been zero effort going into promoting the game due to effort going toward development.

That's it for now, and thanks again for your continued interest!