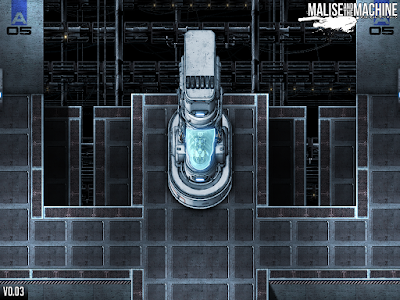 So, we'll be doing the V0.03 release on November 1st.  This is unfortunately quite a bit further out than I had originally anticipated, but the reasons for it are pretty solid.  We're actually very close to being finished with it, but the decision was mainly either to charge patrons for October and release it when we finish (probably 10 days to two weeks to get it polished up and ready to go) or to just avoid a whole mess of confusion and use the remainder of October to thoroughly test and improve it and just release it at the beginning of November.  I chose the latter because it's basically the more responsible choice.  This means we should be getting a head start on V0.04, so at least there is the likelihood of a shorter development cycle for that one.

Anyways, you can expect a lot more posts this month showcasing screenshots and what not for V0.03, so do keep an eye out for those.  To start it off, I've posted a set on Tumblr to show off some of the map artwork for the area in which V0.03 takes place.  You can check it out here: http://eromancergames.tumblr.com/post/130266504440/v003-of-malise-and-the-machine-will-be-released

And as promised, here's a big fat list of changes and new features for V0.03!


That's about it for now.  I know some of the features mentioned are a bit generic (mainly because I didn't want to write a book), but feel free to ask any questions you may have and I'll try to elaborate further!