The past few days have been devoted to packaging and shipping prints for the $35 pledgers, as well as working on artwork for the armor damage system.  A few days ago however I whipped up this design idea for the menu interface side of the new Tetra Interface system.  The image below is a mock-up of what will be the “Tetra” window, and it will replace the “Skills” window in the menu. 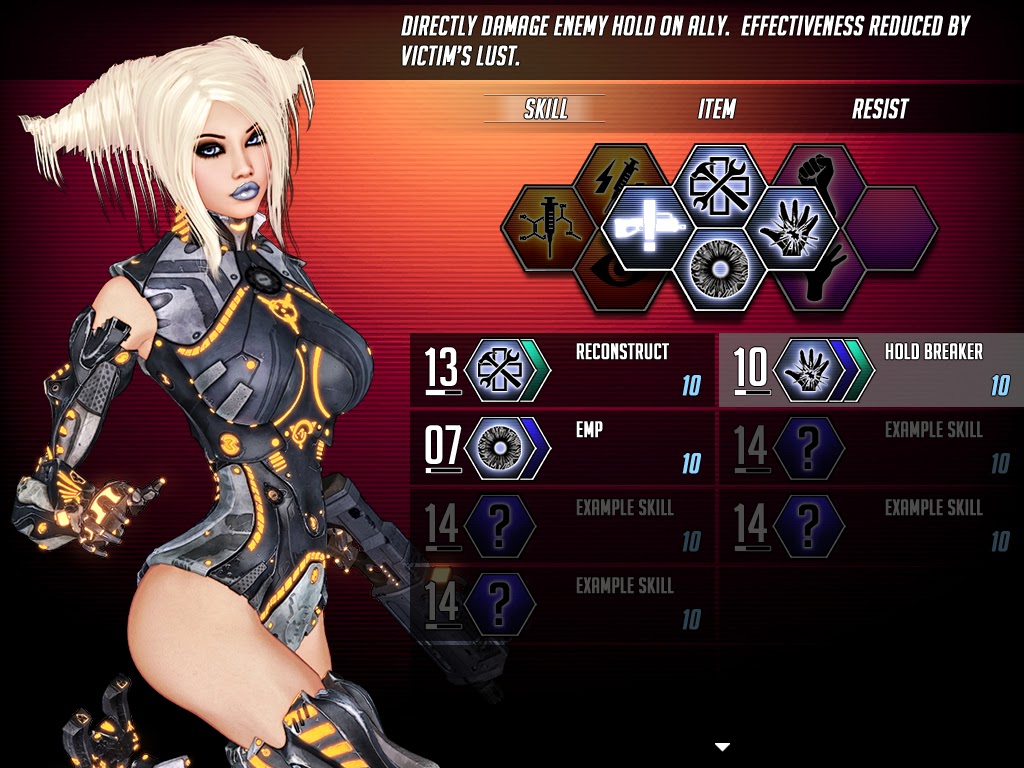 You’ll notice that some skill glyphs have multiple colors in the lower window, indicating that some glyphs can only be used while certain armor types are equipped. Notice the deep blue “Example Skill” glyphs cannot be equipped while Neon is wearing a Heavy Frame type armor (this armor type is associated with the blue-grey glyphs)… instead they can only be used with a Tactical Frame type armor. This will be the major way in which a character’s different armor types behave sort of like a class system.

Also take note of the levels and gauges next to each glyph. While it won’t make it into the next release, I plan on implementing a skill point type system kind of similar to AP in Final Fantasy 7, in which you feed glyphs to improve their functionality (this includes Item and Resist glyphs).

Anyways, back to work on the artwork! FEED ME YOUR THOUGHTS!