February 01, 2015
Hey guys,  I thought I'd stop in and give you a quick update on where things are at with the first release. I'm currently finishing up the last of the Vorepup artwork (below is a sneak peek!). After that I only have a few more pieces left to do for a special scene. Aside from that, the only major things I'd like to address before the first release are adding some skills (obviously including the H skills for the Vorepup that I'm finishing the artwork for) and improving on RPG Maker's default sprite system for the map. 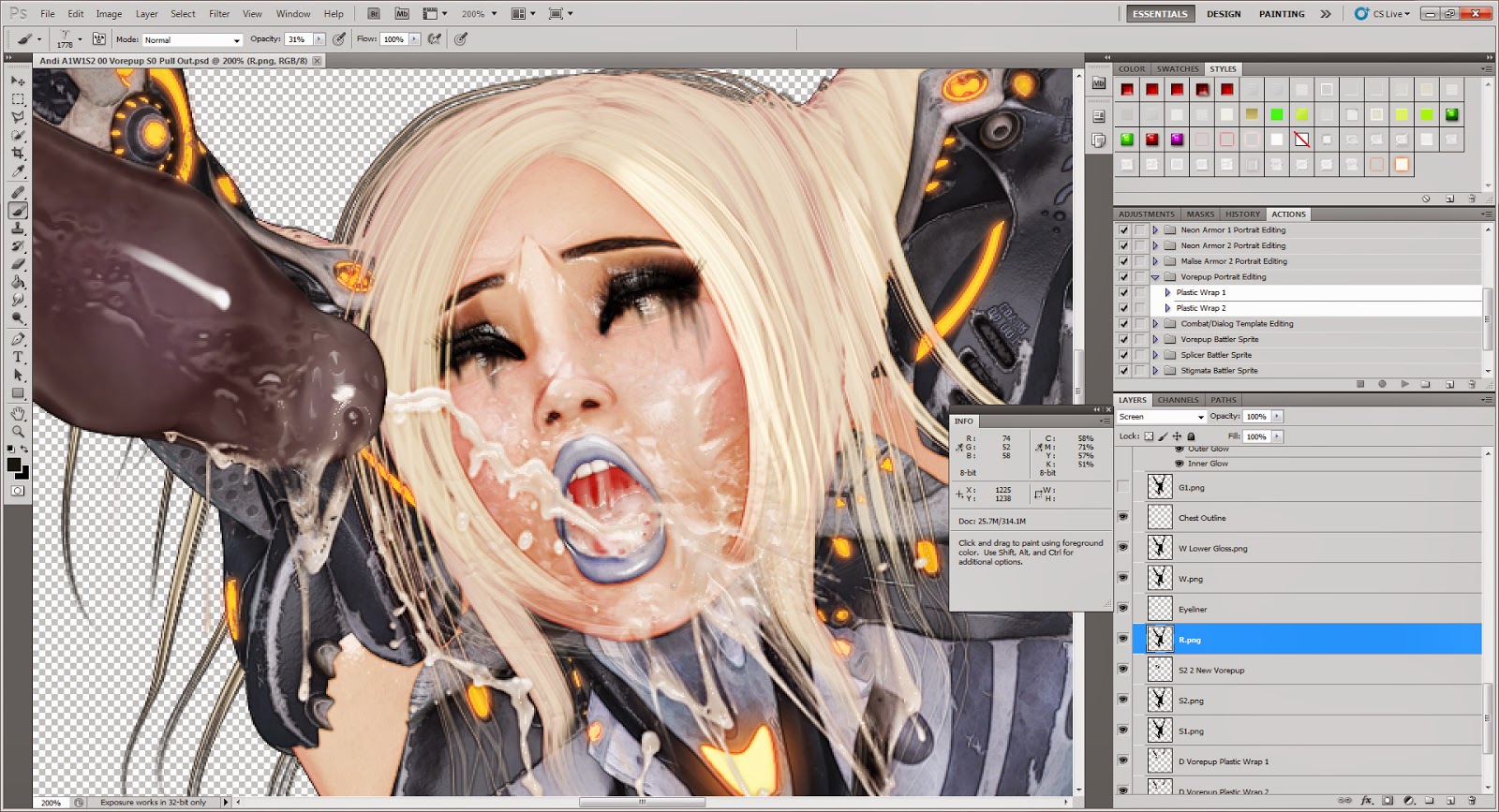 In other news, we finally have a new artist on board to help with character art. He's been helping me with some random 3D tasks throughout the project, but now will have a much more substantial role in assisting with setting up renders as well as painting and post processing in Photoshop. Even though he possesses the skills necessary, the learning curve for these tasks is admittedly pretty steep, so the past week I've been jumping between working on art and writing up procedures and giving him tasks to practice with. Bringing him on gave me the opportunity to clean up the nearly 100 GB of data for the game that, while really organized, still had solid two days worth of tidying up for consistency and hopefully some additional future automation. So yeah, this puts us in a great position for getting a head start on the second release once this one is out the door.

Lastly, I wanted to bring it to your attention that there are now nearly 200 pieces of character art finished. While a significant amount of it will be used in the first release, there's a good bit that won't be due to skills/scenes not being in yet. The goal is to get most of this into the artwork PDF reward (the $15 Patreon pledge). I plan on releasing that a little bit after the game release once I have time to finish it up, as I want to make that the priority.

So yeah, keep hanging in there a little longer!

If you haven't pledged yet, you can do so at http://patreon.com/eromancer!