December 04, 2014
I'm back with another development journal post from the Patreon feed!  This time it's about the art process related to the clothing destruction system. 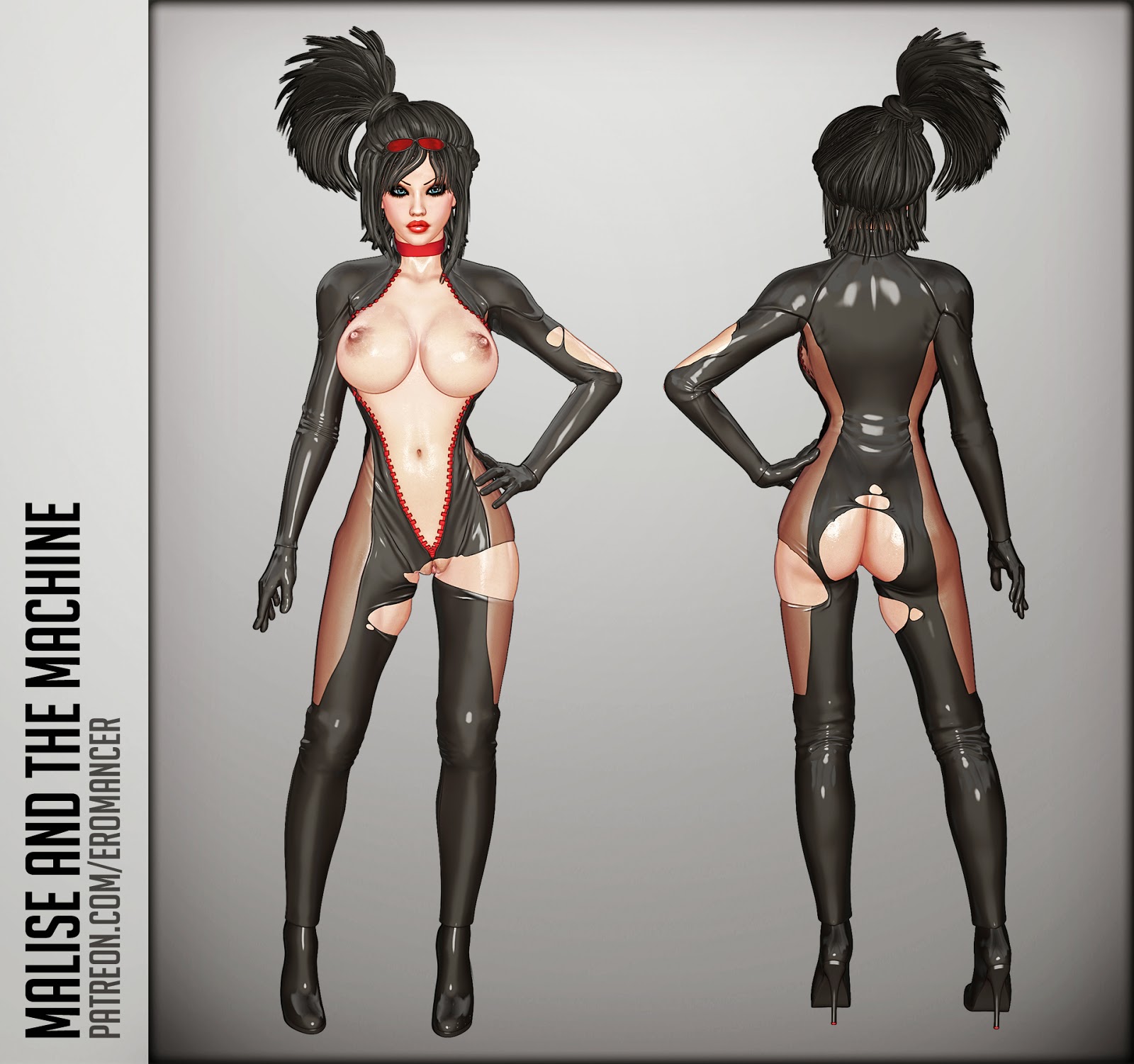 One major hurdle involves the fact that clothing doesn't animate in the exact same way that the body does, and this alone will make it impossible to get the effect of stretched fabric/material around skin. A second issue is that unless physics simulation is enabled on the clothing you aren't going to get wrinkles that you would expect (and the results probably wouldn't be great for what we're going for here anyways). The critical issue though is that poseable, conforming clothing models require that the core geometry never changes. This means you can't cut out polygons and are left with the option of using alpha maps to simulate holes.

It's for these reasons I've been tossing around and experimenting with a lot of different methods over the past year on how to accomplish this effect. Well, I've finally had what I would call success these past couple of days, with the initial test results shown in the attached image.

Essentially the process involves using a nude and a non-nude version of the model and then going to town in Photoshop, cutting up the non-nude version and warping the layers to get the tightening/bulging effect at the edges. As simple as it sounds, each piece of artwork involves up to 6 render passes (times two with the nude and non nude versions), so a strict process is definitely required once they all land in Photoshop. Wrinkles then must be painted manually, which is something I usually dread, but as it turns out liberal use of the PS smudge tool makes it a pretty forgiving process. Granted, these two completed tests required about 5 hours editing and experimenting time. Luckily the edit time will drop exponentially as I get better at the process, so I definitely think the quality is worth the trade off of convenience by trying to keep it all 3D.

But yeah, let me know what you think! Another big hurdle down I think! Celebratory drinking and watching of Evangelion shall commence.