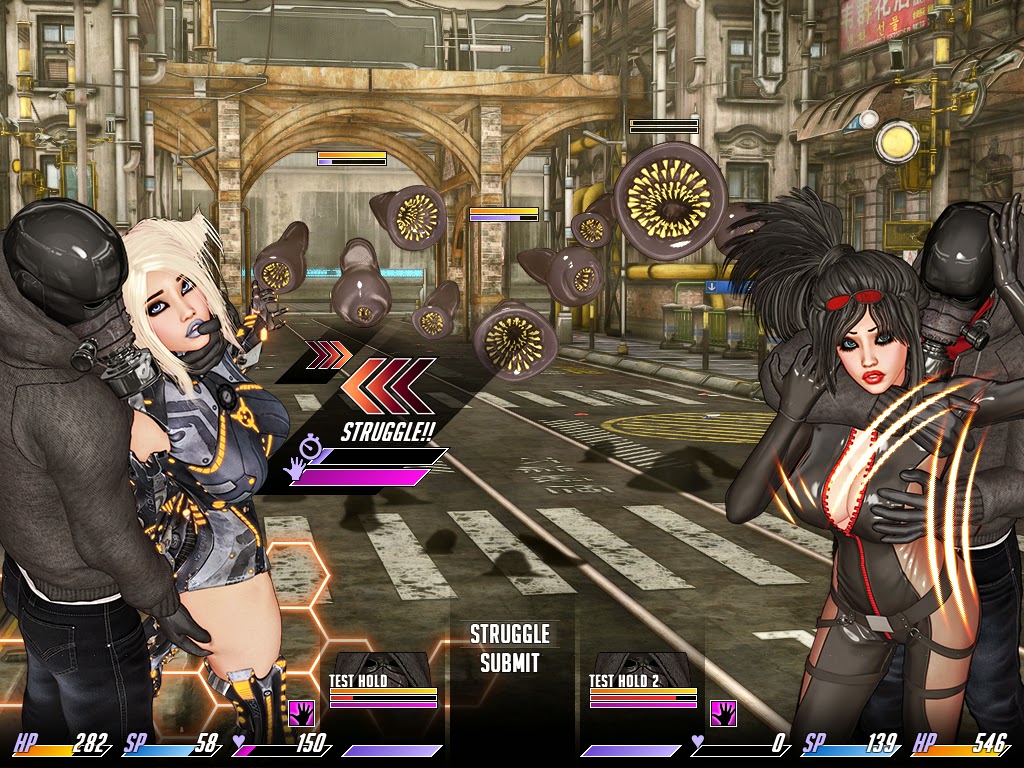 Hey all, sorry for the lack of updates these past couple of weeks. I've been pushing really hard to get the H system ready and have finally reached the point where I can finish the final footage for the video (which should be ready in a few days). I've also managed to improve the battle performance further so that on my rig it is basically running at the 60 FPS cap all the time.

So yeah, at this point the battle system doesn't really resemble RPG Maker at all anymore (horray). While some of what is going on in the screenshot is reminiscent of other H games, there are a lot of new interface widgets that I'll leave you to guess about up until I can make a dev journal post or something to explain the H system better.  Feel free to ask questions though!

I should note that I'm assuming some of you may not like the idea of a "struggle" minigame within the battle system. For those of you for which that is the case, I plan on giving you the capability to change it to an automatic mode where you can bypass it and the results are calculated based entirely on stats. Hopefully the next time I come around I'll have a video to show off! Till next time!