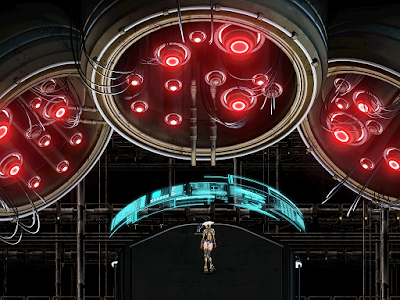 I want to apologize for the recent lack of posts this past month, but rest assured we've been working harder than ever on the next release.  That being said, I definitely want to stop in and give you an overview on where we're at.  I'll be posting a huge list of improvements/fixes/features later this month, but for now some highlights.  Originally the goal was to have V0.03 out on September 1.  That would have been a 2 month cycle (down from a 3 month cycle for the development of V0.02), and unfortunately the general amount of improvements and content meant that wouldn't come to be.

AltairPL (you may remember I introduced him as our new full time programmer) has re-coded the battle engine completely from scratch and given it entirely custom and dedicated code (no third party scripts are used whatsoever).  In the future this will give us the flexibility to do some crazy ass stuff with the H mechanics since everything is now on our terms.  In addition, it's resulted in a huge performance improvement in the battle scene (hello constant 60 FPS) and given us the opportunity to get the Tetra Interface integrated (if you don't remember, that's the icon based interface that removes the need to derp around with menus... it now takes at most two button presses to activate any skill/item/command).

The new battle system has also allowed us to incorporate something a lot of people have been requesting, and that is different battle time modes.  AltairPL has added an Options screen in which you'll be able to set the battle time mode to one of four different variants.  The first is 'No Wait', which is the mode V0.01 and V0.02 have been in.  The second is 'Wait for Input and Action'.  This means that battle time stops when you are inputting character commands and also when an enemy or a player character executes an action.  The third and fourth are 'Wait for Input', and 'Wait for Action', which are basically in-betweens of the first and second modes.

The battle engine work for this release is mostly finished, and we're about at the point of integrating it into the main build that I've been working on.  I've been almost solely focused on artwork, map design and eventing now that AltairPL has taken on the programming role.  Last month was very beneficial for map artwork as I was able to create a process that allows me to render 3D objects in the exact (and extremely unusual) perspective that retro-styled RPGs such as this one classically use for map scenes.  Incoming geek speak: It is basically a fictional take on a 45 degree overhead orthographic perspective in which the depth and height axes are stretched in a specific way.  The point here however is that creating much more complex and visually interesting map artwork will now be possible, and experimenting with the technique and evaluating what this means for the game set me back a bit.  I now however know very much what it means, and that is that the maps will now look a hell of a lot better, and the assets of which can now be produced faster too.  This new technique in combination with a general knowledge of RPG Maker event graphics and parallax mapping that I didn't have when I did the map used in V0.01 and V0.02 means a few things.  The first is that maps and objects will generally have a better scale in relation to the oversized (for RPG Maker) character sprites.  A second is that these bigger, prettier things can be animated.  Finally a third is that it will take less processing power to do all of this, meaning more interesting things can be done with the map scene in general.  I made a post on Tumblr showing a GIF of the image I've shown for this post, which is a great example of what can now be done with maps (big ass complex and animated objects).  Oh yeah, and one final huge benefit of creating map assets from 3D is that now I don't need to find some god-tier RPG Maker tileset creator, but instead I simply need to bring TK (our part time 3D helper guy) up to speed on the process and he will be able to help out.

Anyways, I hope that gives some background as to what we've been up to.  I'm hesitant to give a hard release date for V0.03 as there's quite a bit left to do and we will be working our asses off up until it's ready to go.  But yeah, in general, very good news on all fronts.  Expect more info in the next couple of weeks!