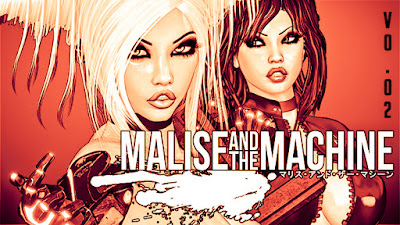 It's time for a wall of text involving the next release, as well as info about changes to the Patreon reward tiers!  As I mentioned not long after the first release, the main focus of this coming release would be the continuation of adding game mechanics, nailing major bugs, improvement of the engine, and streamlining battle (primarily with the integration of a new battle interface dubbed the Tetra Interface).

Well, I've decided to make a change and put off the debut of the Tetra Interface until V0.03.  My reasoning is that it's such a large overhaul of the default RPG Maker interface that I don't want to rush it and not have time to thoroughly test it.  To make up for that however, I'm going to be adding a new H skill branch to Vorepups that will allow me to demonstrate how the new armor damage system will play a role in changing enemy behavior.  It will also give me a chance to integrate and finalize my design for enemy AI relating to the armor damage system, which knowing the limitations of will help a lot with designing H attacks for future enemies.  With that in mind, I'm hoping to finish up this release a bit ahead of schedule, and thus use the remaining time to get a head start on the core of the Tetra Interface.

This is by no means a final list, but here's a list of the new features that I currently have working for V0.02:


And here's a list of bug fixes I've made so far (some of these you'll recognize from the 'Known Issues' in the previous release, and some are new):


As mentioned above, there's still a list of features I'm planning to add before the release, but I don't want to get ahead of myself.  I do however want to talk about changes I'm making to the Patreon reward tiers!

There's some good news and some bad news.  I'll get the bad news out of the way first.  Basically, I underestimated the cost and time required for everything concerning the artwork prints last release.  I apologize for this.  For this release and from here on out, I'll be having the prints drop shipped directly from the printing service.  While I'm not aware of any issues concerning patrons receiving damaged prints from last release, the printing service will be able to package them in flat boxes as opposed to rolls (I had to reorder a few prints due to damaging them while rolling them) and will be able to get them to you much faster.  The downside is it's approximately an extra $5 per print to do this, so unfortunately I'm making the call to raise the base artwork print tier to $40.  I am also going to add tiers that are exclusively for international shipping because there was a lot of confusion over getting extra money to me to cover international shipping last release.

Now for better news!  I've succeeded in getting hold of a print service that will do all out NSFW prints (not just nude), so you can hopefully expect some more intense designs for future prints.  In addition, I am adding a new reward for those wanting to go all in.  The 'Inner Circle' reward tier will begin at $45, and will allow you to receive test builds of the game *between releases*.  Basically, every time I reach a point where I have a semi-stable build I'll share it with those who have pledged at this tier via my Google Drive.  This will give you the first opportunity to offer feedback and also help me firsthand with testing.  Beyond that, I'll be sharing artwork as I finish it, along with concepts and drafts of works in progress that you won't see anywhere else.  Lastly, I'm changing the $3 tier to $1, because now that I understand how Patreon works I realize it's pretty pointless to require $3 just to see the activity feed.

So yeah, sorry for the text avalanche, but I wanted to give you a thorough update on progress as well as a heads up to the changes being made.  You can check out the newly updated front page of the Patreon for more info: http://patreon.com/eromancer!