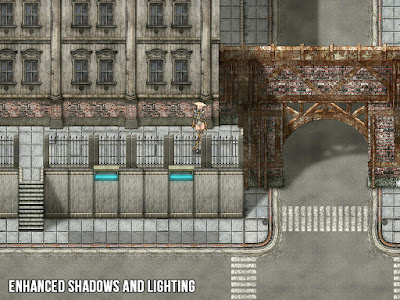 Hey everyone, I just wanted to stop in briefly to show off some screens of the new shadows and lighting system I'm working on for V0.02!

You can check them out on Tumblr here: http://eromancergames.tumblr.com/post/119380655785/dropping-in-to-show-off-the-enhanced-shadow-and

A feature I wasn't planning on having that I spent yesterday on is dynamic sprite shading and sprite shadows, and the result is pretty awesome. The game basically samples the light/shadow at a character's feet every frame and colors/shades/lights the sprite accordingly and at the proper intensity, meaning there's a smooth and realistic transition as a character moves through a soft light or shadow. Characters' shadows will adjust as well, meaning when you're in the shade the shadow will soften to meet the brightness of the shade. The new system can be toggled on/off like weather for those that might have performance issues, though it's not as resource intensive as the weather effect.